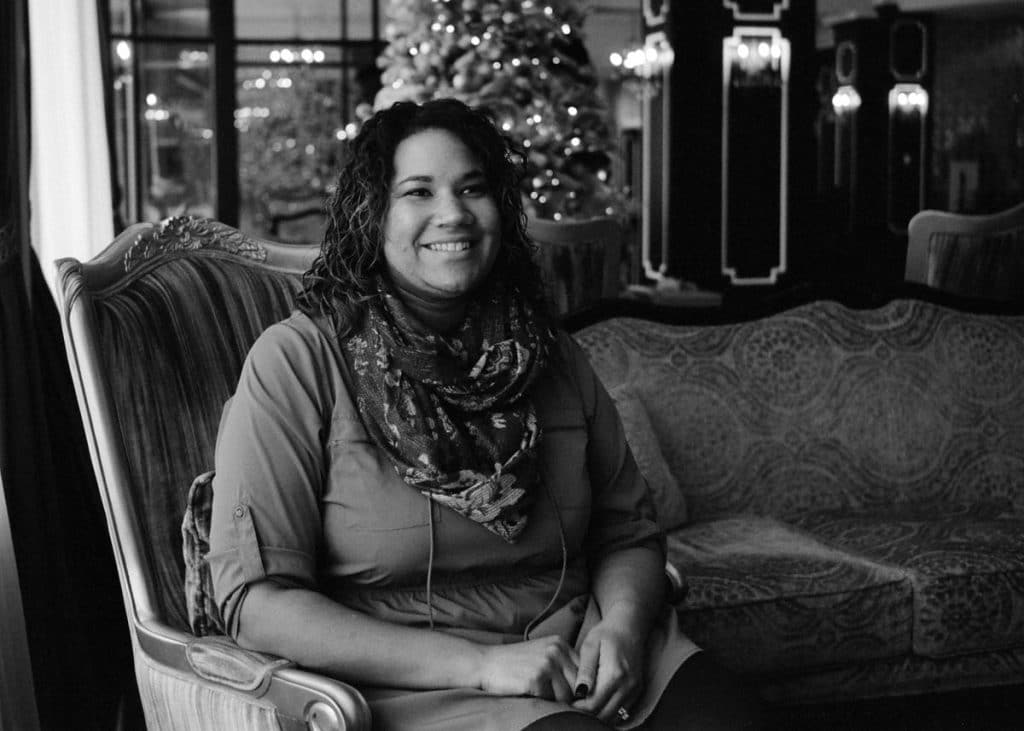 What better time than the present to illuminate our community.

We're sharing the Illuminating Women Project online so you can feel inspired.

Laurice Snyder first shared her story during her 2017 TEDx Talk, then she shared it with us.  We were honored to sit down with Laurice and hear her personal journey that led her to where she is today.  She now serves as the District Equity Coordinator for the Fond du Lac School District.  Laurice Snyder is changing the world, she is illuminating... 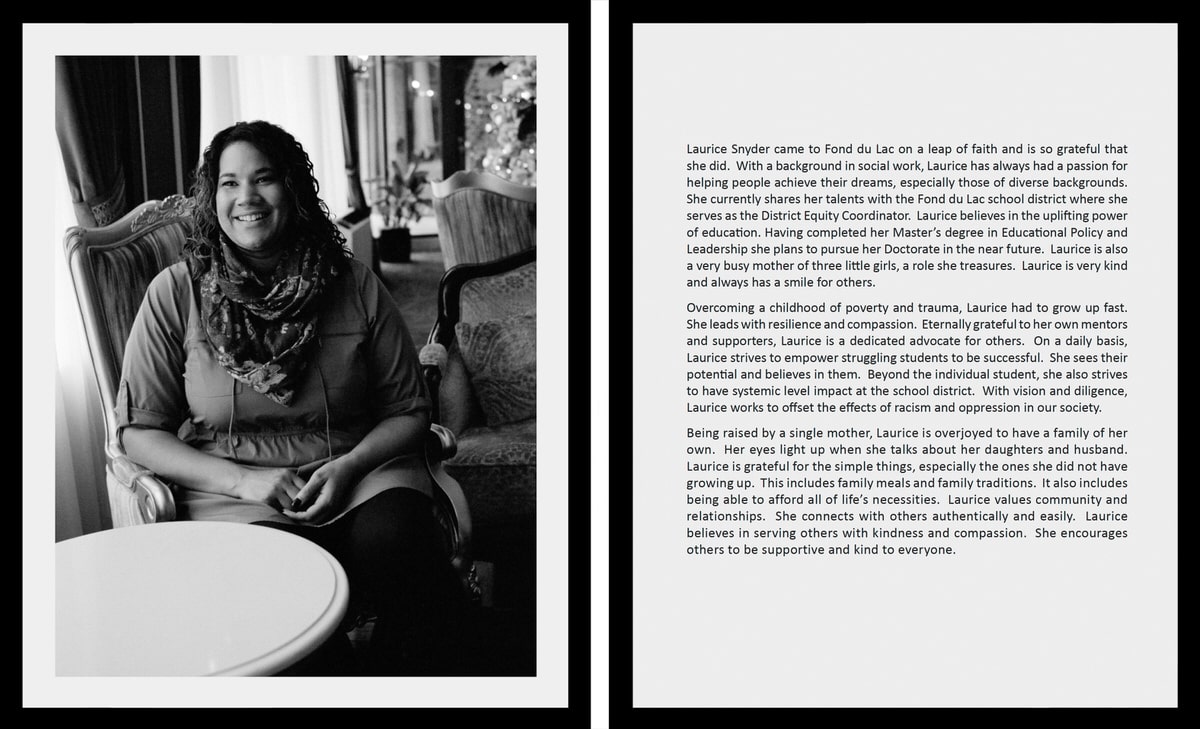 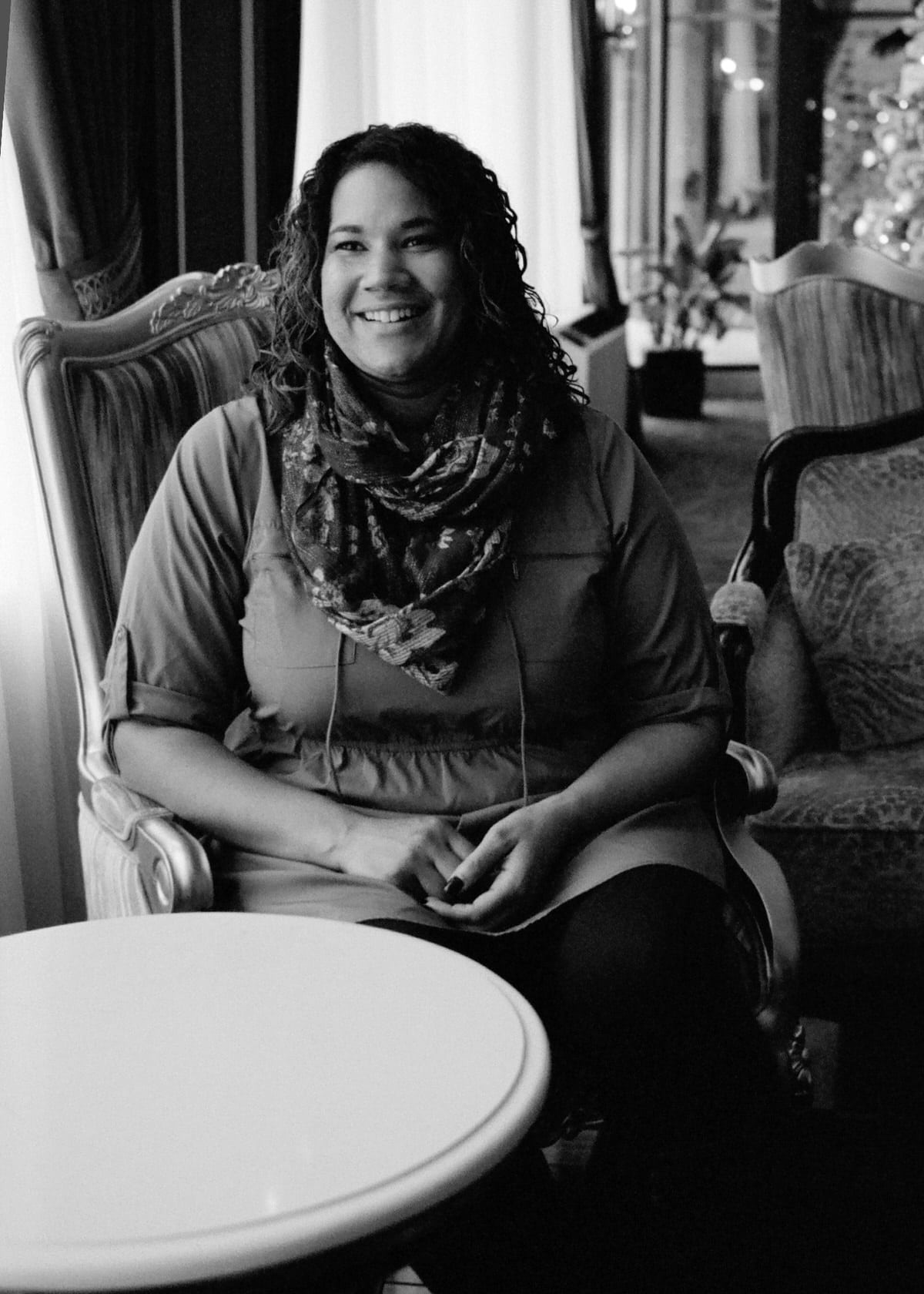 Laurice Snyder came to Fond du Lac on a leap of faith and is so grateful that she did.  With a background in social work, Laurice has always had a passion for helping people achieve their dreams, especially those of diverse backgrounds.  She currently shares her talents with the Fond du Lac school district where she serves as the District Equity Coordinator.  Laurice believes in the uplifting power of education. Having completed her Master’s degree in Educational Policy and Leadership she plans to pursue her Doctorate in the near future.  Laurice is also a very busy mother of three little girls, a role she treasures.  Laurice is very kind and always has a smile for others.

Overcoming a childhood of poverty and trauma, Laurice had to grow up fast.  She leads with resilience and compassion.  Eternally grateful to her own mentors and supporters, Laurice is a dedicated advocate for others.  On a daily basis, Laurice strives to empower struggling students to be successful.  She sees their potential and believes in them.  Beyond the individual student, she strives to have systemic level impact at the school district.  With vision and diligence, Laurice works to offset the effects of racism and oppression in our society.

Being raised by a single mother, Laurice is overjoyed to have a family of her own.  Her eyes light up when she talks about her daughters and husband.  Laurice is grateful for the simple things, especially the ones she did not have growing up.  This includes family meals and family traditions.  It also includes being able to afford all of life’s necessities.  Laurice values community and relationships.  She connects with others authentically and easily.  Laurice believes in serving others with kindness and compassion.  She encourages others to be supportive and kind to everyone. 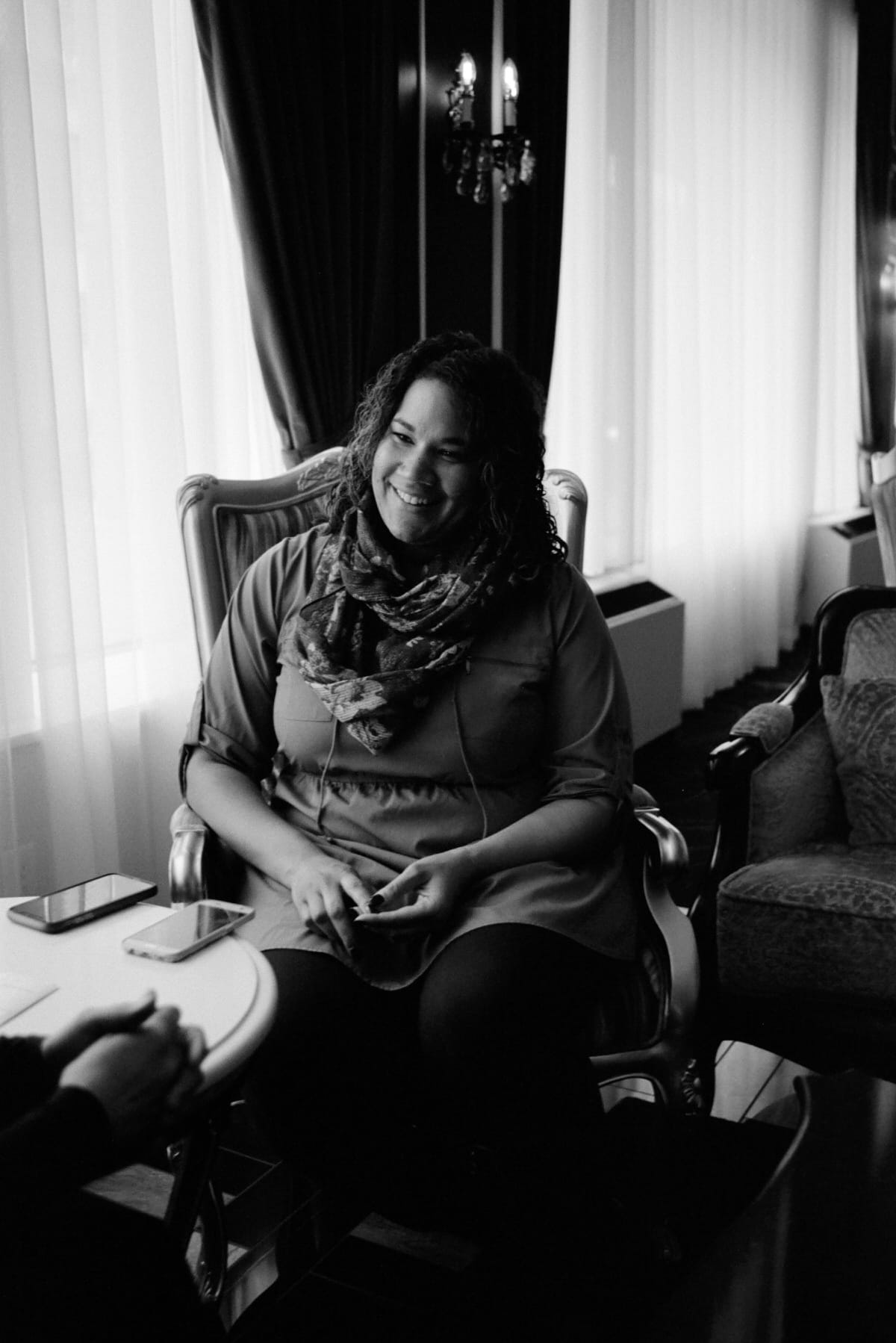 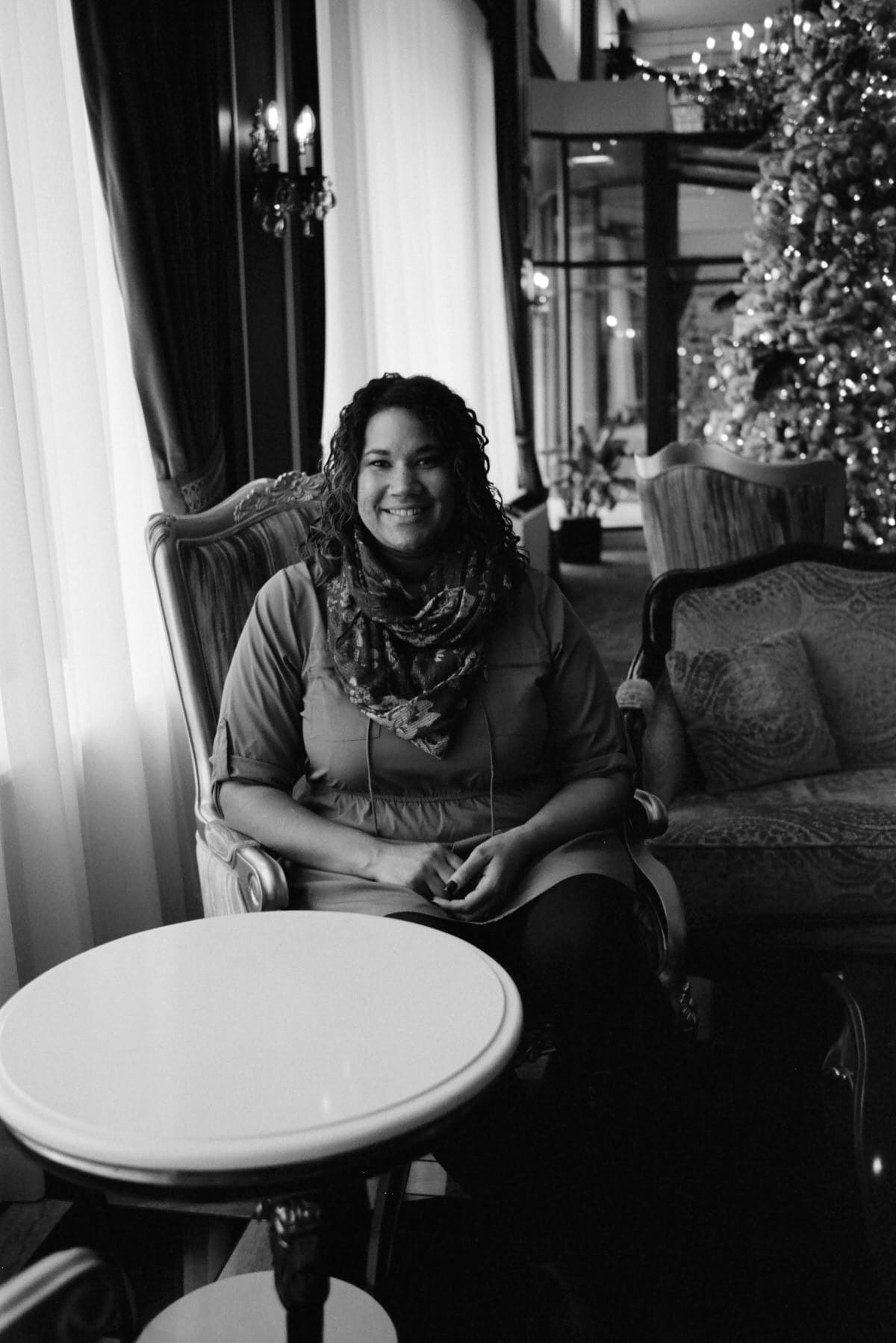 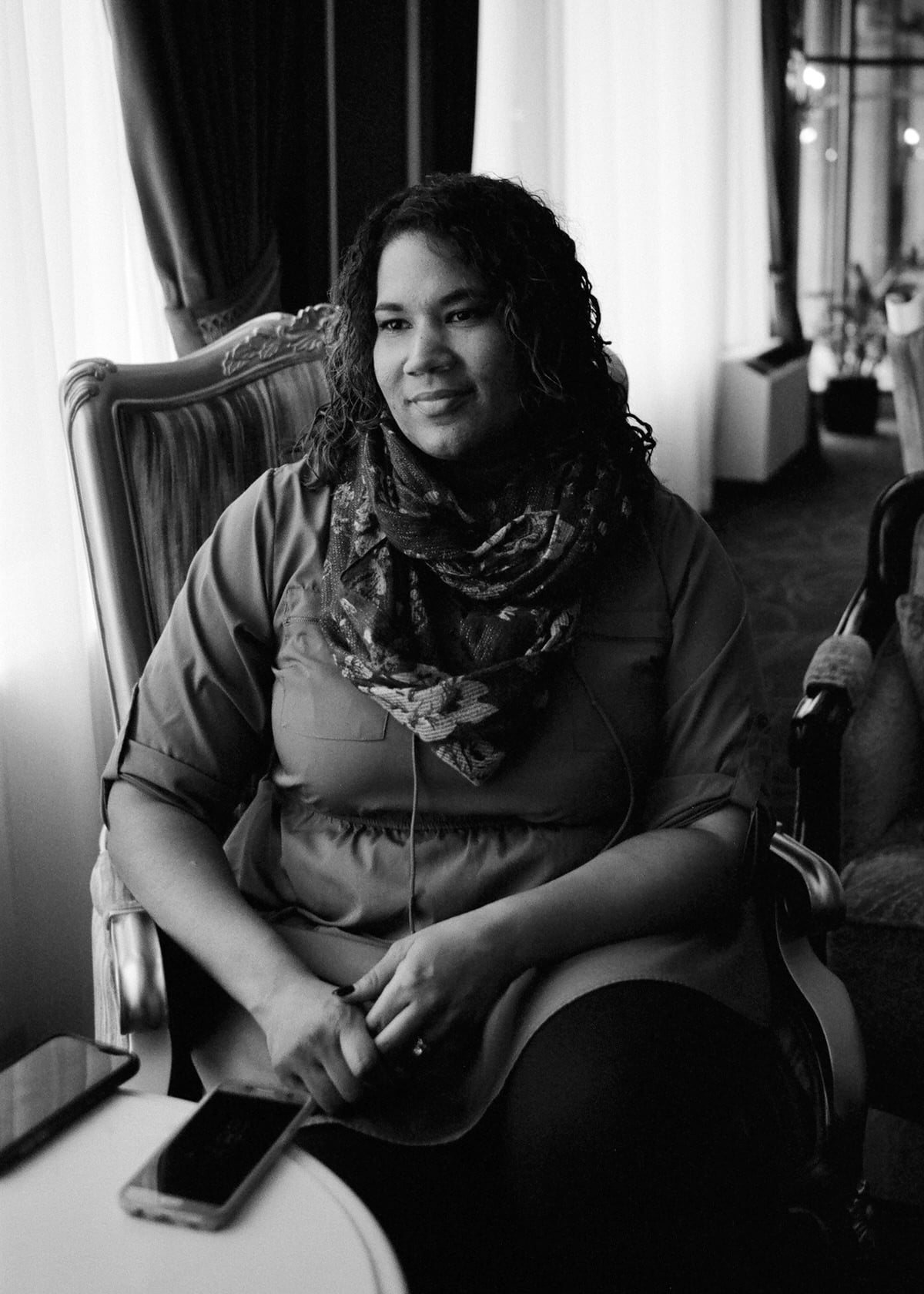 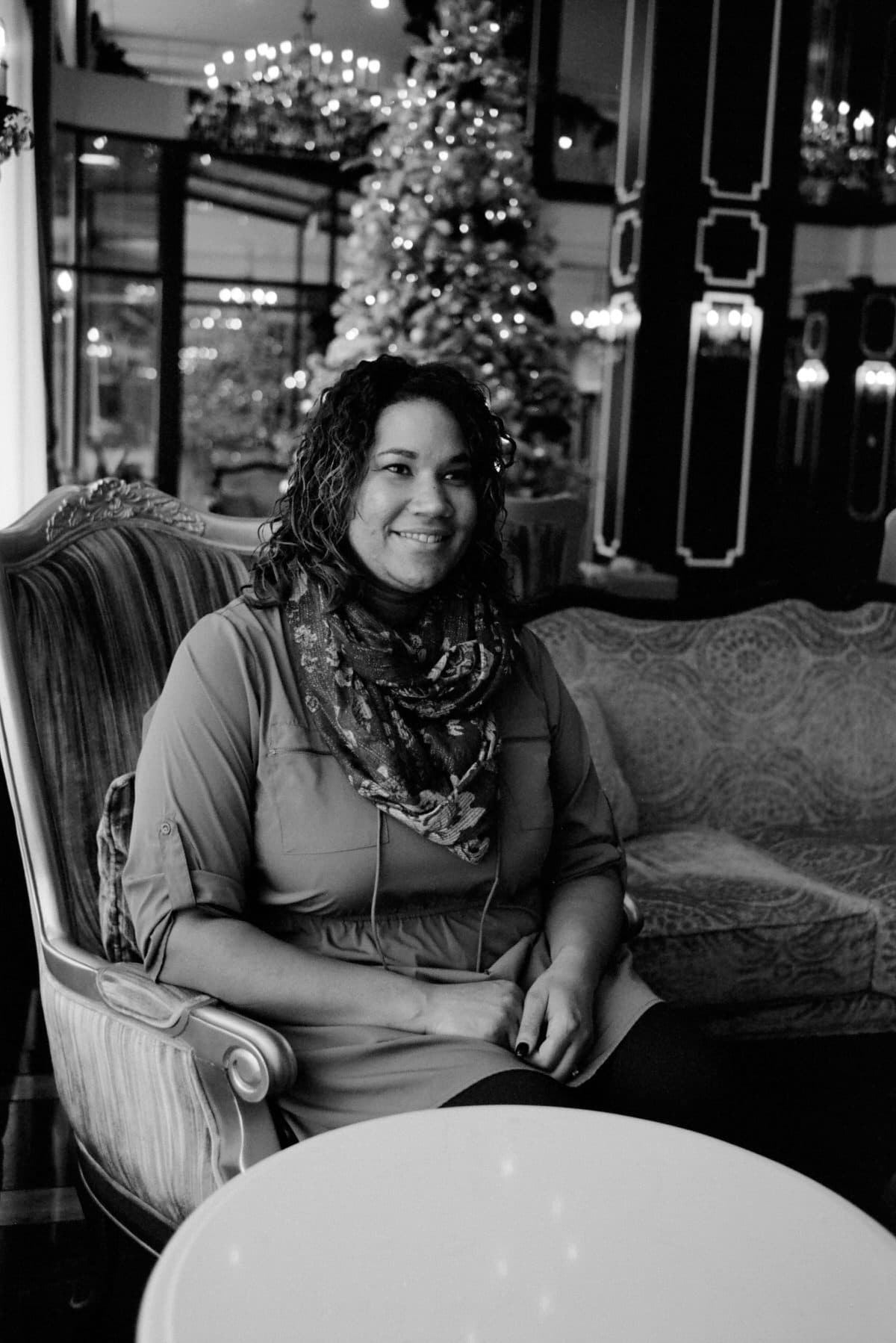 Artist’s Journey Through The Fog

You'll be so glad you did because we have so much to talk about.